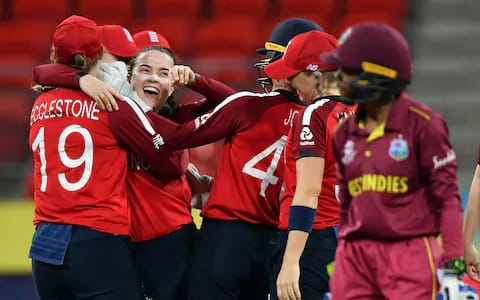 England will be hosting West Indies for a five-match T20I series and all the five matches will have telecast.

The third T20I will become the first match to have dual-telecast with both BBC and Skysports covering the match.

This series will replace England’s tri-series that was planned earlier alongside South Africa and India. However, both the teams had to pull out due to travel restrictions because of Coronavirus pandemic.

According to the official release, ECB Managing Director of Women’s Cricket, Clare Connor, said: “It’s so pleasing after many months of work and communication with colleagues across the international game that we are now able to confirm international cricket for England Women this summer.

“We’re grateful to the West Indies for the pace and determination with which they have worked with us over the last couple of weeks.

“It’s fantastic for the visibility of the women’s game that the third IT20 will be simulcast live on the BBC and Sky Sports and I hope that it’s an event that catches the attention of some new fans.

“We’re all still adapting and will need to continue to adapt to the sporting landscape left by COVID-19. That does not mean that we will give any less focus to the women’s and girls’ game and we’re totally committed to continuing our ambitions in that area.”

The series will begin from September 21 and will be played till September 30.