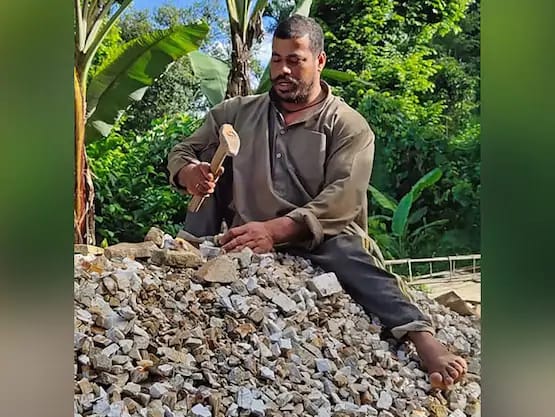 Rajendra Singh Dhami, Indian wheelchair cricketer, had to turn as a labour for Government during this lockdown.

This lockdown due to coronavirus pandemic has left thousands without job.

Rajendra Singh Dhami previously earned a living from prize money and sponsorship, supplemented by income from working as a coach, despite wheelchair cricket not being a professional game in India.

He was forced to give up his job due to the pandemic. In order to take care of his elderly parents and siblings, he took up a job under Government scheme in his hometown of Raikot in northern Uttarakhand state that promises at least 100 days of manual labour a year.

After his plight became national news, the Indian Olympic Association stepped in with a grant of 50,000 rupees ($670), while the state government awarded the struggling player the equivalent of $270.

“I was about to fly out to Bangalore in March with a team that I was coaching but the lockdown happened and everything came to a halt,” the 34-year-old told AFP.

“After a while it became difficult to manage things and I had to fall back to manual labour. I am breaking rocks and earn 400 rupees (about $5) per day.

“You have to earn to get two meals a day. It would not have been nice to beg and I believe there is nothing wrong in doing anything that involves hard work,” he said.

Corona virus: Boris Johnson is in Intensive care Unit as his conditions worsened.

Qatar makes wearing masks outside mandatory, fine up to $50000

Moondru Mugam to have re-release in France this August