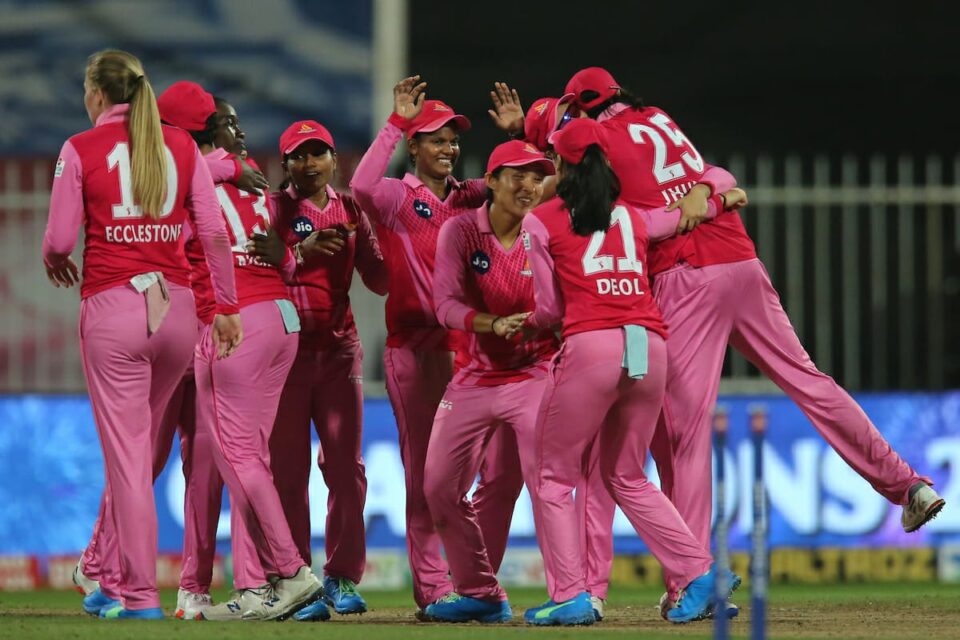 Trailblazers began the tournament well by destroying Velocity and then almost pulled it off against Supernovas. On the whole, they looked like the better team compared to the other two teams.

While the players were doing well, a lot of appreciation must go to Smriti Mandhana for using her resources well and one of them was going ahead with Richa Ghosh as wicket-keeper. For Supernovas, they were mostly dependent on Athapaththu and Kaur to produce big knocks and it did prove overwhelming in the final.

To begin with, Mandhana opted to bowl first and she assumed it right that the batting would become difficult in the latter part of the game.

The pitch wasn’t batting-friendly but Mandhana provided the much-needed start for the team and along with Dottin. While the latter took her time to score 20 from 32, Mandhana had 68 from 49. Radha Yadav then spun her web to grab five wickets and ended up with 5 for 16. She did the most of the damage in the penultimate over and Supernovas came back to the game by restricting Trailblazers to just 118. The team seemed 20 to 30 runs short for the start they had.

However, it didn’t matter because they had bowlers who pulled things off for them.

Ecclestone began the proceedings by dismissing Athapaththu early. The team opted for Vastrakar and she replaced Punia today which made Rodrigues to open the innings. However, it didn’t work out well, thanks to Chantam’s heroics in the field. After an excellent fielding effort, Chantam took a beautiful catch to dismiss Rodrigues.

Taniya Bhatia couldn’t get going so did other players. Kaur and Patil, however, tried add as many runs as possible but some good bowling kept them quiet. To make things worse, Kaur injured herself and was limping the whole time. Still, she was giving her best when it came to running between the wickets. Unfortunately, the team couldn’t find big shots at the right time and they left it just too many in the final overs.

In the end, the wickets began to tumble, with Deepti picking up two and the real Trailblazer for the day was Khatun who dismissed Kaur and ended with 3 for 18.

In the end, Trailblazers managed to win their first title by 16 runs.